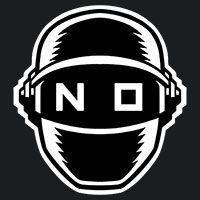 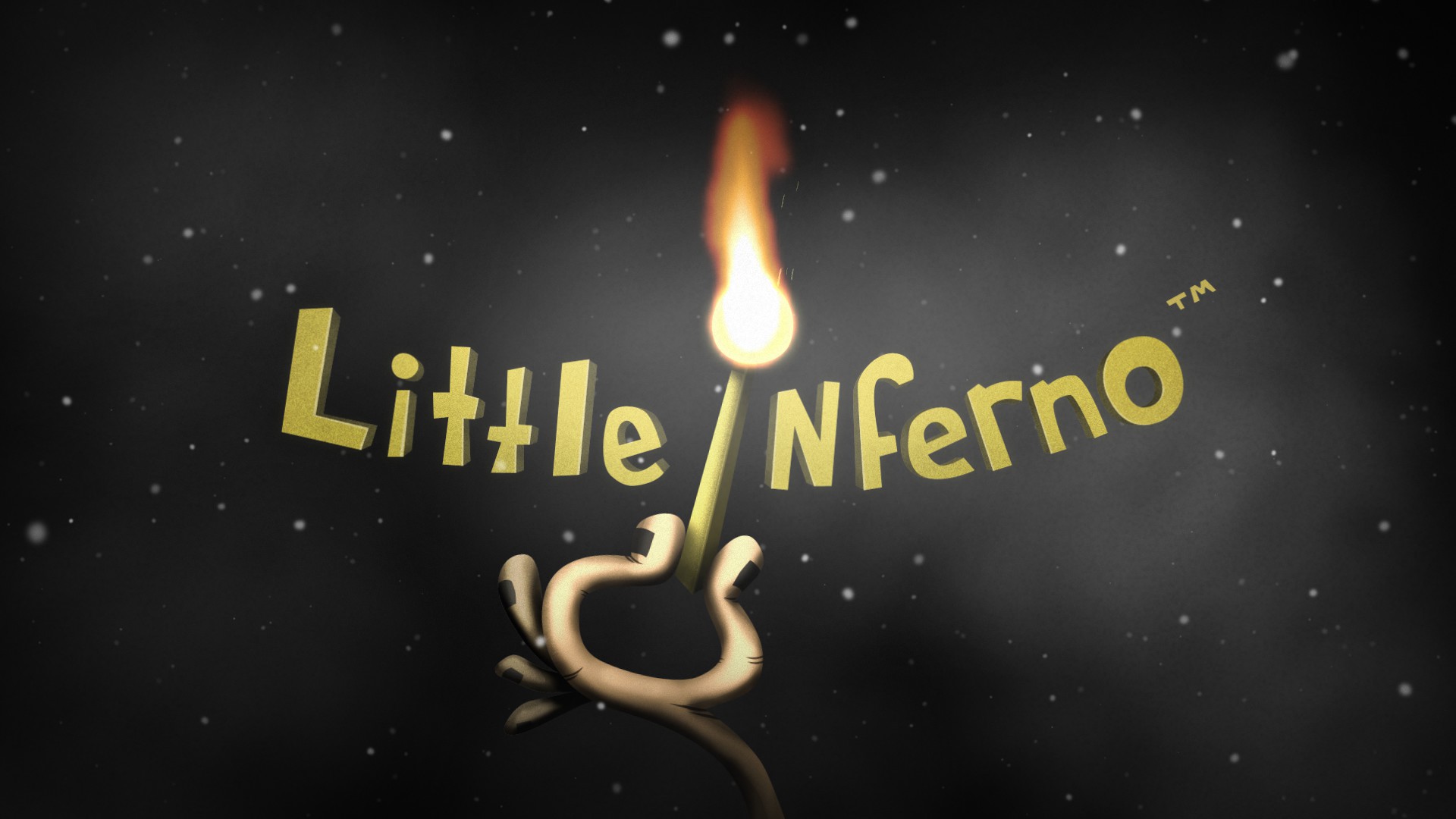 I have completed two run throughs of Little Inferno; the same amount of times that I started writing this review from scratch and, to be honest, the more I play the more difficult it gets to describe it. I think most people won’t like this game, I think most of them won’t understand it; and according to the comments I read on it, I must be right. Little Inferno is a game that can be boring on purpose; it’s able of having and not using what would be a winning formula to its detractors, and it’s able to make sure that most people playing it will miss the things that make it, to my judgement, the most intelligent, thorough and, most of all, necessary game I ever played. 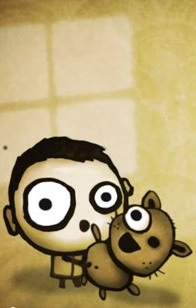 I have the feeling that Allam Blomquist, Kyle Gabler and his namesake Kyle Gray had a priority when they started developing Little Inferno; said priority was not making a videogame but starting a thought. Or rather to lead all of us to start a thought which will end in a clear message apparently on videogames, and actually on players themselves. In passing, a message on videogame makers and the bottom line, a message on life itself. And so it was obvious; making a videogame was the best way to approach those issues. This is important because Little Inferno is a videogame about a child living in a town so cold that nobody goes out anymore. A child that gets a toy as a gift; the Little Inferno Fireplace, in which he will have to throw all the items he buys so he can stay warm. Every time something is burned, he will receive more money to keep buying and burning, buying and burning, buying and burning, buying and burning. And yes, there are riddles that will make us figure out how to unlock combos by burning certain objects together (by the way, be warned that some of them cannot be solved if you are playing the Spanish version, due to translation errors) and yes, in the meantime we will be told a story through a series of letters we will receive. Here we get to the important point: if you deprive Little Inferno not only of its plot, but merely of the thoughts it gives rise to and the ending to which it leads, all that remains is a pretty dull, tiresome game, with charms to make you play not more than fifteen minutes. But limiting this game to that would be like sailing a boat over the Antilles Trench and believing there is no more water that what you can touch without diving into the sea.

It’s because of this that I ask you to play this game and think about what it has to say. Play it to the very end. Whether you like it or not. It will be a little bit like studying; you know it’s good for you whether you like it or not, and that thanks to it you will see the world in a different way. That’s Little Inferno for you. And that’s why I hereby announce that I’m not able to keep writing about it without dealing with the topics that are hidden below its surface. But it’s better that you discover all of this by yourselves; so, due to the spoilers I may make you and what your conclusion may be at the end of the game, I ask you to stop reading right now and go play Little Inferno until you finish it, draw your own conclusions and then yes, if you feel like it, come back to read my analysis which is no more than my personal interpretation.

I assume that you are reading this paragraph either because you completed the game or because you just don’t give a damn. Anyway, let’s get down to business and start with a little concept: why is that child playing to burn things in his Little Inferno Fireplace? To keep himself from the cold outside, right? And it’s not precisely that reason why we all usually play videogames? The main subject in the game is escapism and the protection it provides. It is so tempting to forget our responsibilities and stay at home doing something to evade reality, just as our main character does before his toy fireplace… it is as tempting as necessary. Because it’s cold outside and when you get home, you need to take off your gloves and warm your hands by the fireplace. 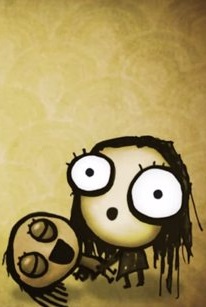 And that’s what you do in Little Inferno to pass the time: escaping. Doing the same thing you do when you’re trying to rank up in Call of Duty, to level up in World of Warcraft or when you’re trying to have a bigger farm in Farmville and busting your Facebook friends balls by the way (it’s no coincidence that you can burn their pictures in Little Inferno, right?); all those games have a progress designed around how addictive stats improving can become, in order to get the gamer hooked once the game has run out of playable resources. The third example of the above is the clearest one. That’s why Tomorrow Corporation is inspired by those social games when creating their game mechanics, because they are the best example of how absurd it all can get. The game system has made its weaknesses on purpose, in order to satirise that kind of products, for instance by making us stare at the screen doing nothing while we wait to burn each new purchase. Such are the genius, the worth and the risk of this game; it is able to make itself worse in order to make itself better, requiring you to play what others would tell with a funny story. It makes you play for hours on end, because that’s what happens in the games it parodies.

But this is no hollow criticism; at the beginning I said that it does not only involve games and gamers but also those who make games. At the end of the game, when we can talk to the creator of our Little Inferno, she explains how she was aware that sooner or later we’d have to get rid of it and go to the outside world; but also that she made it for our own good, because she knew how much we needed that escapism, that warmth among the cold winter that it’s been going on for years where every day is colder than the day before and people are so far and so close, as Sugar Plumps says. Paradoxically enough, what was escapism and fun for us kept her from making her dreams come true. It’s quite clear, isn’t it? 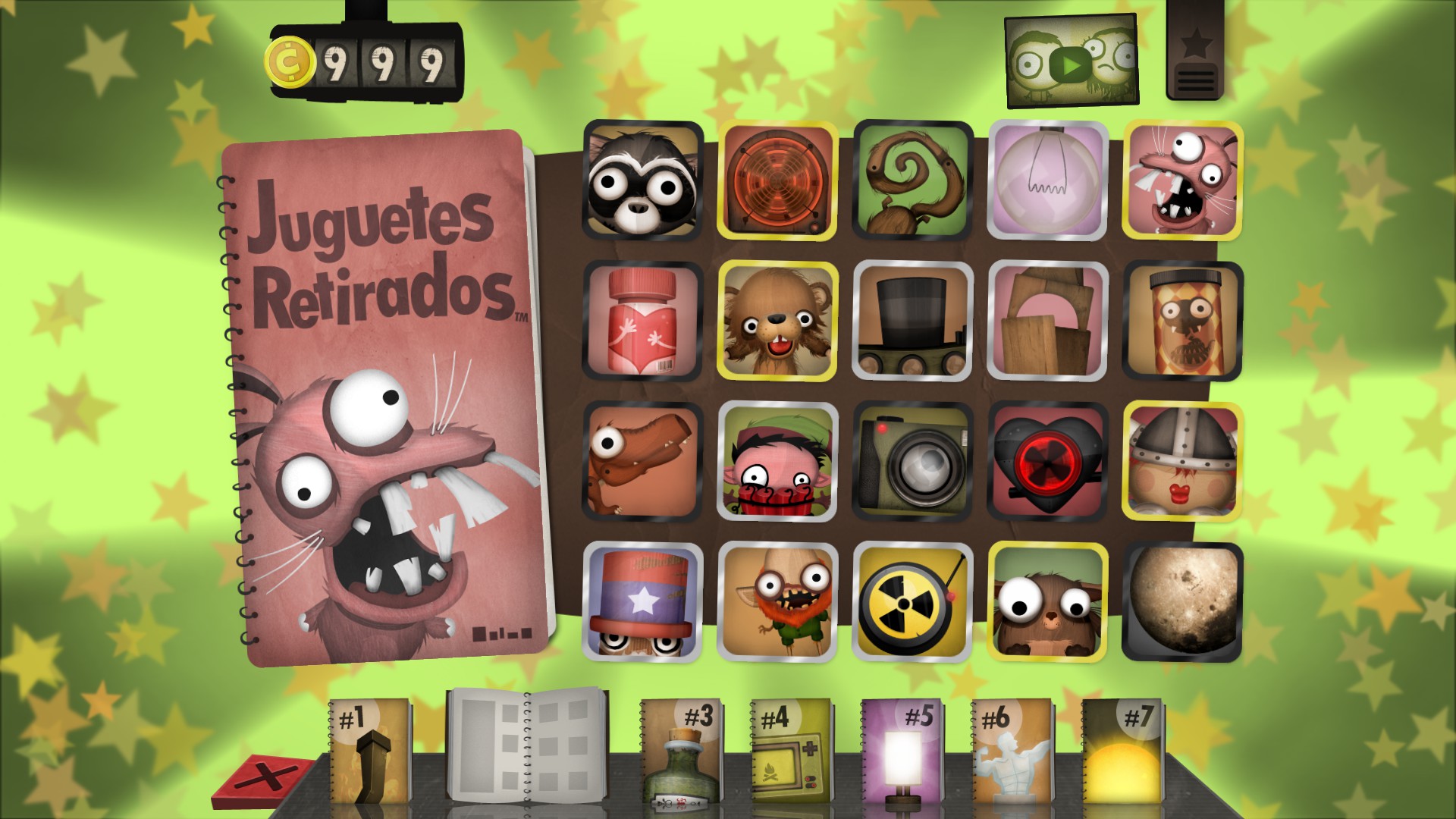 And we do wake up at the end, we go outside. But before doing it, the game forces you to burn your only contact points with reality: the letters from your only friend, that neighbour girl in your same situation but always a step ahead. I don’t know if it’s because one of my first girlfriends used the same cheesy nick, but I grew fond of her. Yes, she’s set free and goes to the beach, and she grows as a person; she stops writing like a kid and shows you the way to grow up and learn to mature. How do you get rid of the Fireplace? With the magic reaction produced by burning the gifts you gave to Sugar Plumps; that is, your ties with true warmth, which is not the fire crackling on your fireplace but the human affection from your friend.

And then your house burns down. Because sometimes you need some drastic change to face what has to be faced. When you finally have to take the great step… better said, jump! As I was saying, you are warned once you have to make the Great Jump: there’s no way back. You cannot load your save if you fail, you cannot restart o take cover behind a rock to recover. No my friend, here you have to put up with the choices you make. Little Inferno chooses to tell it by going up on the weatherman balloon, with the beauty of its soundtrack and its minimalist black and white overflowing your senses. If we are going to make a masterpiece, let’s make it brutally beautiful, shall we?

So Little Inferno covers several topics. It bears a clear message on consumerism, on how we are not happy because of what we buy, but because of the act of buying. That’s why we are always buying and buying and buying. And that’s why what we buy is burned so fast that we barely have time to notice, so we can keep buying. It also speaks about maturing, about the loss of innocence, becoming an adult and accepting the world wouldn’t always be about careless playing. It’s a childish game but it’s meant for adults. And you will understand. Because if you read Nivel Oculto then it means that you are old enough to identify yourself with that child, who one day burns his house down and has to learn to earn his own living in a world he ignores. Of course, it also speaks about how it all happens so fast. It’s happening as you play and turn your time into ashes that go up a chimney; because the time you waste will reach before you some place where you will also be one day. All of this because one day an irresponsible father bought his son a fireplace so he wouldn’t be cold (and be quiet), and then he let the child play as much as he wanted… what difference does it make? 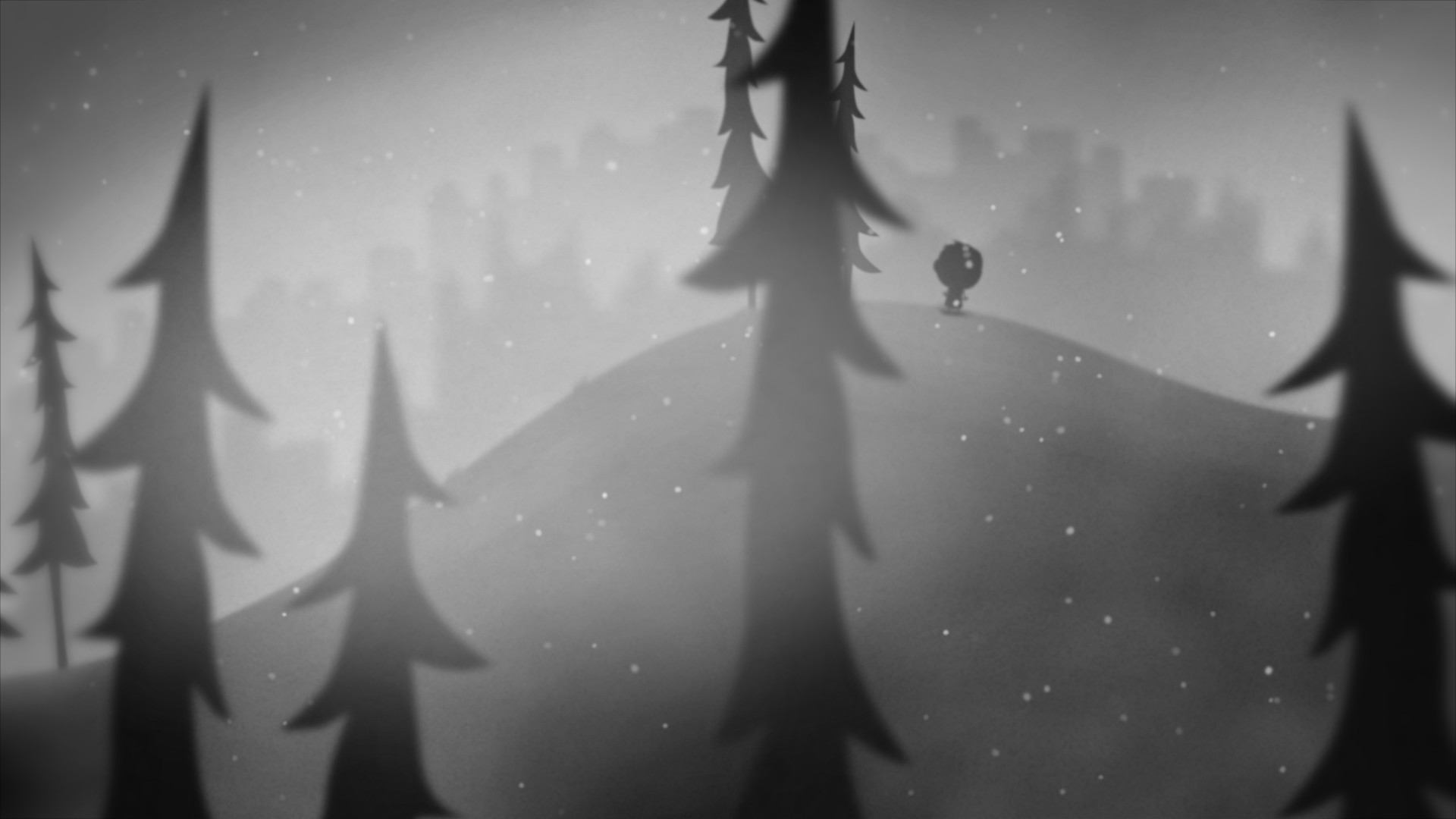 In spite of all the subjects covered by the game, of the complexity in its simplicity, there is one subject that always comes back, many many times; in fact it may just be there all the time: it’s the Sword of Damocles hanging over those moments you spend playing when you should be studying or hanging out with your friends. Only that sometimes you need to play, to escape, trusting that the thread holding the sword won’t broke no matter how much time you spend under it. Even knowing that, you keep doing your thing, even burning the letters you got from your one and only friend. The most important issue addressed by Little Inferno is the one that involves the game and the player in a way I haven’t seen before, the one that answers the question of: Why do we play? And, why should we stop?

And then there is the Sun. It’s so beautiful that the Sun is the last thing you burn in your fireplace. It would be an easy choice, to get free while the Sun is coming up; but the question here is: is the Sun rising or setting? I think we all know the answer to this question but, just in case, I won’t say it. Just in case we don’t agree…

Lastly, Little Inferno could have been much more traditional. In the technical aspect, two games have been designed, with the second holding the potential to attract and enchant many more players. They could have made a more classical adventure, tell you what they had to tell but with that good taste and that sense of humour, which would have make a great game. There is great merit in the courage and risk necessary for setting that all apart and making a game as one believes it should be, even risking being misunderstood, avoided or left in the middle. It doesn’t only take talent, knowledge and imagination to make Little Inferno; it takes guts, too. And definitely Tomorrow Corporation has guts to spare. 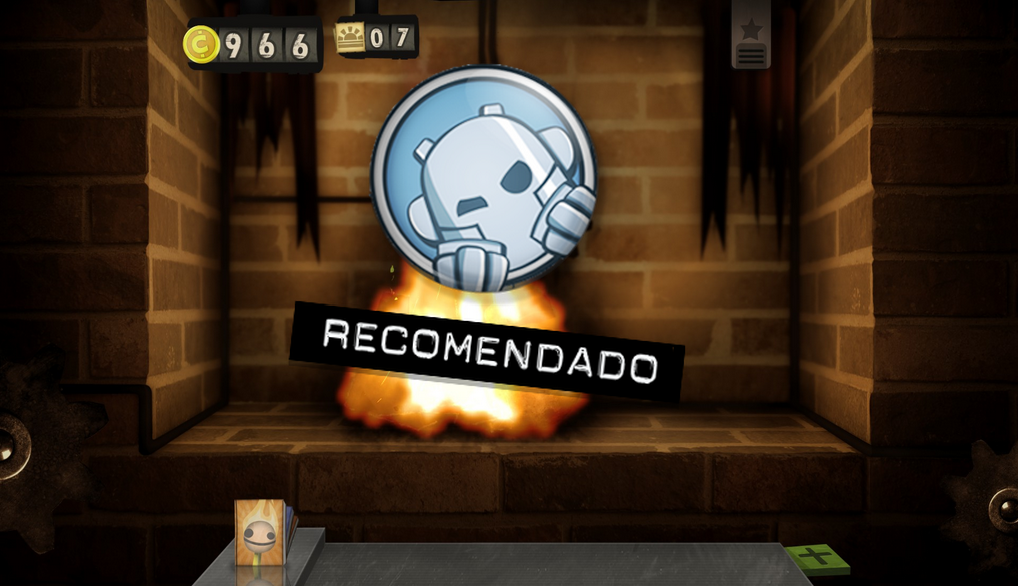 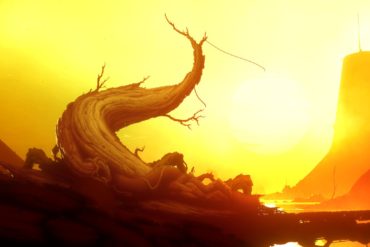